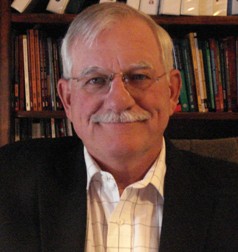 When Dr. Barry Beers received a Doctorate in Educational Administration from the College of William and Mary, his dissertation was titled "A Study of the Relationship Between Student Achievement and Teacher-StudentInteraction in Secondary Classrooms."   In 1994 he was named the Outstanding Principal in Virginia for 1992 to 1994. He has presented at numerous local, state, and national conferences and in May 2004, published an article in Principal Leadership titled "Who's Learning." In June 2006, theAssociation for Supervision and Curriculum Development published his book titled, "Learning-Driven Schools, a Practical Guide for Teachers and Principals."  This publication has generated considerable interest from educators across the country.

Dr. Beers has been an adjunct professor at William and Mary and is currently working in that capacity for George Washington University.  He serves on a regular basis as an auditor and coach for the Virginia Department of Education.  Currently he is also working as a Turnaround Facilitator with two schools in Norfolk.  In addition, he is an educational consultant who provides assistance to principals in Illinois, South Carolina, Massachusetts ,Louisiana,and Virginia.  He gathers data from a variety of sources to help principals develop data-driven school improvement plans which focus on the learner, working independently and often collaborating with a group of colleagues who form the Urban Learning and Leadership Center.

Dr. Beers and his wife, Shelley, have been married for 38 years and have a son employed with Merrill Lynch and two daughters who teach kindergarten and third grade while working full time to their grandchildren.  Shelley is a first grade teacher in the local public schools.  Dr. Beers can be reached by e-mail at bbeers1@cox.net  or by phone, H- 757-565-3366, C- 757-345-1523.