The Mensa Foundation, the philanthropic arm of Mensa, the high-IQ society, recently announced its annual Awards for Excellence in Research for outstanding research on intelligence, intellectual giftedness and related fields.

Several of the researchers receiving awards this year are W&M School of Education faculty members. Jennifer Riedl Cross, Mihyeon Kim, Tracy Cross, and alumnus Sakhavat Mammadov from the Center for Gifted Education, along with colleague Colm O'Reilly from Dublin City University, were selected for their study, “Social Coping and Self-Concept Among Young Gifted Students in Ireland and the United States: A Cross-Cultural Study.”

Ryan McGill, assistant professor and director of the school psychology program, received an award for his study, “Invalidating the Full Scale IQ Score in the Presence of Significant Factor Score Variability: Clinical Acumen or Clinical Illusion?”

Studying giftedness in America and Ireland

As part of its mission, the Center for Gifted Education is interested in fostering "the talent development process and optimal functioning of high-ability individuals."

In 2015, researchers at the center collaborated with the Centre for Talented Youth–Ireland to explore one aspect of gifted students' functioning — the ways they cope with their giftedness — in a cross-cultural study.

The study examined social coping and self-concept among a sample of 115 Irish and 134 American gifted students in third through eighth grades.

Among US students, positive self-concept was associated with helping one's peers or having a high activity level (e.g., sports or other extracurricular activities) and this was the factor associated most closely with a strong self-concept for them. In the Irish group, helping one’s peers was the most positive predictor.

In both samples, the study found that denying the impact one's giftedness had on relationships with friends was associated with poor self-concept.

“Among these children on both sides of the Atlantic, feeling good about yourself is associated with recognizing that your giftedness may, indeed, have an impact on your relationship with peers,” said lead author Jennifer Riedl Cross. “The poorest self-concept was seen in children who did not have this belief. We need more research in this area, but this tells me that gifted students may benefit from learning to recognize how their abilities affect those around them."

Cross and her fellow researchers hope the study will emphasize the importance of these relationships. It also offers insights that can help parents and educators of gifted students foster a stronger, more confident sense of self in their students.

“If adults are concerned about their gifted students' confidence, they may want to encourage engaging in extracurricular activities and finding ways to use their exceptional abilities to support their peers,” said Cross. “We would also recommend helping gifted students become more aware of how their different abilities may have an effect on their peers' feelings toward them, although this is not something we understand quite as well."

Learn more about the study. 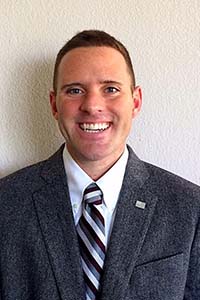 Challenging a widely-held practice in the interpretation of IQ scores

For school psychologists, intelligence tests are frequently part of the standard battery of assessments used to diagnose learning disorders and recommend a course of action for students who aren’t performing well in school. Ryan McGill, whose research centers around judgement and decision-making in school psychology, received his award from Mensa for a study examining the validity of a widely-accepted but largely untested practice in the interpretation of these test scores.

Intelligence tests typically provide both an omnibus composite score of general intelligence, called the full-scale IQ score (FSIQ), as well as a raft of sub-scores based on more discrete abilities, such as spatial reasoning or long-term memory retrieval.

When students perform better on some of these component areas than others, standard practice within the profession is to disregard the full-scale IQ score in favor of the lower-level factor scores. School psychologists are trained to believe that a significant variability in factor scores makes the full-scale IQ sore an inappropriate focus for clinical interpretation and diagnostic decision-making.

“The problem is, the full-scale IQ score has been shown again and again to most accurately predict achievement in school and career, while the validity of factor scores have been shown to be more problematic,” said McGill. “By encouraging school psychologists to ignore the full-scale score, we’re throwing out one of the most reliable methods that we have for measuring intelligence.”

Through a series of psychometric analyses, McGill’s study demonstrates that despite its widespread use, this popular interpretive approach is not empirically supported. He concludes that until further evidence is provided, school psychologists should be cautious in relying too heavily on factor scores at the expense of the full-scale IQ score.

Learn more about the study.