Everyone can name a few: Robin Williams, Sylvia Plath, Hunter S. Thompson. The brilliant who fell hopelessly into despair.

These high-profile suicides often suggest that gifted minds are more prone to darker days. But is that true?

A new William & Mary Institute for Research on the Suicide of Gifted Students aims to answer that question and find solutions for early intervention.

“Our country does a terrific job of keeping statistics on suicide deaths, but giftedness is not a variable that is tracked,” said Tracy Cross, Jody and Layton Smith Professor of Psychology and Gifted Education and the executive director of the Center for Gifted Education at William & Mary. “Few things have been written on the topic, and those that have been written usually have no data. It’s basically just smart people theorizing about why gifted students would be more or less vulnerable – and there are champions on both sides of the argument.”

Tracy Cross has been researching the connection between giftedness and suicide for nearly 25 years. With the support of Jennifer Riedl Cross, director of research in the Center for Gifted Education at W&M, he recently started the Institute to ensure more work is done to determine what factors related to giftedness might lead gifted children and young adults to suicidal thoughts and behavior and what can be done to intervene before it’s too late. 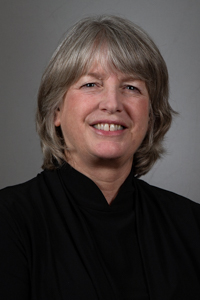 “What worries me isn’t so much that the prevalence rates [of suicide] might be higher among gifted kids,” said Tracy Cross, citing the lack of data to make any such claim.

His concern is that gifted individuals may be more successful in their attempts. Based on journals he has read from several gifted adolescents who died by suicide, he believes this population may be better at planning and carrying out their plans, leading to a higher rate of completion from attempts. He acknowledges, however, it is too early to know if this is true.

Statistically, nearly 44,000 people die by suicide each year in the United States. Among people aged 15-34, it’s the second leading cause of death. But very little is known as to the level of intelligence or other creative talents of those who have died by suicide or made an attempt.

Disparities in the definition of gifted, the stigma surrounding suicide, and the fact that there are just a few champions researching the topic, make data notoriously scarce and difficult to collect. (According to Tracy and Jennifer Cross, the total number of school- and college-age gifted students represented in the studies is fewer than 640.)

Still, the data that has been collected offers hints as to what might make gifted students at risk for suicidal thoughts and tendencies. Perfectionism, or a self- or socially inflicted pressure to perform well, is a common characteristic among gifted students and has been found to correlate with suicide ideation in studies of psychiatric and university samples. There are also biological links (one study found a modest correlation between suicide ideation among gifted students and introversion, for example), however, Tracy Cross said he believes biology is often less of a factor than the context of the situation.

“My bias is that location, treatment and access to support are much more important variables than biological predispositions,” said Tracy Cross. “There are certain environments where suicides are very rare and some where they’re not rare at all.”

In these various environments, the “lived experience” of gifted students can be very different from that of their peers.

“There are certain experiences that gifted kids have that only gifted kids can have,” said Tracy Cross. “For example, being treated in school like they’re the students who always have to make good grades … When they get to college, many of these students get admitted to highly ranked schools as superstars and then find themselves in the bottom quartile. Most kids adapt to it fine and enjoy being around other kids who have similar abilities, but a few may define themselves as failures.”

These feelings can lead students toward unhealthy coping mechanisms, including substance abuse and withdrawal from positive social supports. In some cases, there is a pivotal event in the gifted student’s life that contributes to a desire to escape, even if that means ending one’s life. In one case of a gifted student who died by suicide in British Columbia, that moment was an arrest for stalking after an attempt to make contact with a girl at his college.

“In his writing, he described himself as so socially inadequate that even his efforts to befriend someone were misinterpreted as stalking,” said Tracy Cross. “He kind of just gave up after that. It shifted him into this hopeless period where he thought there was no other way out.”

A way to help

Based on their research, Tracy and Jennifer Cross believe that a lack of positive social support ultimately contributes greatly to the demise of a suicidal student. Making schools inclusive, safe spaces where students care about the well being of their peers is imperative, they said.

“Most people who are getting to a place where suicide makes sense to them will reveal things about themselves and their situation,” said Tracy Cross. “There are usually warning signs.” A positive climate can help when students who care about each other see these warning signs, he added. In a caring environment, students can feel comfortable going to their teacher or counselor and are more likely to seek help for their classmate.

Knowing the right thing to say to a friend in need is also important. That’s why W&M is adopting a new program to help train students, faculty and staff to spot those warning signs and encourage struggling students to seek the help they need.

“There are gifted kids who feel that they shouldn’t ask for help because they’re smart and they should be able to handle it,” said Jennifer Cross. “It’s as if the label of being gifted automatically gives you the ability to deal with all of life’s problems, and that’s just not realistic.”

Campus Connect, a program originally developed at Syracuse University, will train up to 25 W&M faculty and staff with some background in psychology or mental health to offer training to other faculty, staff and students at W&M who are in a position to come in contact with students in distress. The three-hour class, which will launch in the 2017-18 academic year, will be open to anyone at W&M who would like to participate.

“The training isn’t intended to help you diagnose or do counseling,” said Jennifer Cross, who is spearheading the program with Jennifer Floor, staff psychologist in the W&M Counseling Center. “It would be to better prepare you to talk with someone who is in distress and ultimately get them to help, because that can be a really difficult conversation to have.”

Through Campus Connect and their research at the Institute, Tracy and Jennifer Cross are hoping the conversation around suicide in schools and universities becomes more open, because that ultimately could be the key to reducing its prevalence.

“It’s always hard to predict to what extent people want to rally around this topic, because it’s scary,” said Tracy Cross. “The good news is that talking about suicide does not increase its likelihood — that’s an old wives’ tale … We need to figure out how to remove the stigma around mental health so students in college — and even younger than college — feel comfortable discussing it.”

For more information on Campus Connect and how to get involved, contact Jennifer Cross or Jennifer Floor. More information about suicide prevention and W&M resources may be found online.