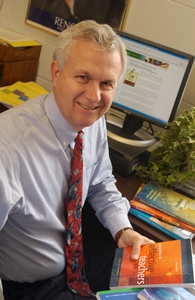 The opening article in this special issue, An International Comparison Investigating the Relationship between National Culture and Student Achievement, co-authored by Zheng Fang (a visiting scholar at School of Education from China), Leslie Grant, Xianxuan Xu, James Stronge, and Thomas Ward, explores the measurable relationship between a country’s culture and the achievement of its students. The article provides a comparative analysis of more than 50 countries using 2009 PISA data in reading, mathematics, and science as a measure of student achievement. While examining a model for cultural dimensions, the study found that the two most significant predictors of student achievement for all three academic outcomes were 1) the orientation to long-term or short-term outcomes, and 2) the acceptance of uncertainty. As an example, Singapore (and several other East Asian areas) that scored quite high on the outcome measures also scored high on long-term orientation. By comparison, many Latin American countries scored lower on the outcome measures and also scored lower on long-term orientation. The study also found that the World Values Survey’s domain of traditional/secular-rational values was a significant predictor of student performance for all three outcome measures. Interestingly, similar patterns emerge when the countries are mapped geographically based on their long-term orientation and secular-rational values.

In the final article in this special issue, A Cross-Cultural Comparative Study of Teacher Effectiveness: Analysis of Award-Winning Teachers In The United States and China, co-authored by Leslie Grant, James Stronge, and Xianxuan Xu, the authors take as the purpose of their study to develop a richer understanding of teacher effectiveness through cross-cultural analyses of the practices and beliefs of 30 China and U.S. teachers who have received national awards for their teaching. The study revealed a number of striking similarities and differences between U.S. teachers and China teachers in their patterns of instructional practices and professional thinking.

In addition to the articles authored by W&M faculty, Linda Darling-Hammond (Stanford University), Marco Munoz (Jefferson County, KY, Public Schools), and Shujie Liu (Qufu Normal University, China) contributed articles for this special issue. This set of articles found that teacher effectiveness and student achievement don’t occur in a vacuum; rather, they impact and are impacted by the circumstances and situations in which they reside. The issue of teacher effectiveness has emerged as the focus of discussion and debate in educational reforms time after time, particularly given that the classroom teacher is the most influential school-related factor that affects student achievement. Similarly, countries across the globe are exploring a more valid basis for teacher evaluation and how teacher effectiveness research impacts such processes.