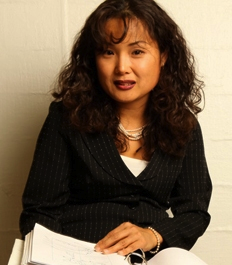 Dr. Kyung Hee Kim, a researcher with international acclaim in the field of creativity, presented the 2012 Torrance Lecture at the University of Georgia.  The lecture (See video files) celebrates the work of the late E. Paul Torrance and current trends in the field of creativity. Dr. Kim worked with Dr. Torrance during his final months.  She also found her mentor, Dr. Bonnie Cramond, during graduate study at the Torrance Center.  Dr. Kim and her research have appeared in publications such as Newsweek, The Wall Street Journal, The U.S. News & World Report, and The Washington Post, as well as numerous international media.

The Torrance Center and the College of Education, The University of Georgia, sponsor the lecture each April to reflect current issues and research in the field of creativity. Kim's research studies and writings are relevant to both academics and the general public because she raises important questions surrounding critical issues, such as the effects of standardized testing on the attitudes of children, and the accuracy and validity of tests used in employment and academic placements.  For example, Kim's research discovered that there is only a negligible relationship between IQ and creativity.  "You can have a low IQ and be creative," she says.

According to the College of Education at the University of Georgia, Kim's work "dropped a bomb" with the July 19, 2011 Newsweek cover story that reported a significant decrease in creativity scores that were on the rise prior to1990. Kim also reports, "The Torrance Tests of Creative Thinking predict creative achievement three times better than IQ tests."

Her passion for her work captivates audiences. Through candid discussion of her childhood in South Korea, she reveals that through the support of one of her teachers at a young age, she became the first female from her village who went on to high school, and she eventually earned an American Ph.D. Thanks to that teacher, Kim avoided a future as a worker in a sock shop. Her achievements are also impressive because, as she reveals, her parents were among the "one-percent of South Koreans who were illiterate," with only first and third grade educations.

One of Kim's major research emphases within the study of creativity is that of divergent thinking, which has been beautifully and dramatically demonstrated through her unique life story.  Her lecture focused on her newly developed creativity theory and the importance of fostering creativity.  Creativity and lack thereof are key elements to the telling of Kim's story.

Kim says successful creativity requires a creative climate, a creative attitude, and creative thinking.  Creative climate is the physical and psychological support for fostering ideas. Creative attitude is centered on open-mindedness and openness to the novelty of new ideas.  Creative thinking is a mixture of convergent and divergent thinking, which are narrow and broad scope thought processes, respectively. A healthy combination of convergent and divergent thinking creates a mental database conducive to creative thought and the development of new, thoughtful ideas and processes.

Despite entering graduate school at the University of Georgia and thinking of herself as "disabled" because her Korean cultural standards prohibited speaking in class, Kim thrived off of the attention shown to her by her mentor, Dr. Bonnie Cramond. Dr. Cramond brought out Kim's creativity by encouraging her to voice her thoughts and ideas, and by allowing her the freedom to make mistakes and errors. Kim explains that this was fostering Kim's creative attitude through the creative climate in Dr. Cramond's classroom.  Dr. Hébert further assisted Kim in job interview preparations by changing Kim's modesty and self-effacement, which is valued in Kim's own Asian culture, into self-confidence at her job interviews. Eventually Kim was appointed as an assistant professor at Eastern Michigan University in 2005.

Currently, Dr. Kim is an Associate Professor at The College of William and Mary.  She earned her tenure last year. She laughs at the widely held misconception among international students, that William and Mary is a community college.  "In fact," she says. "The College is ranked as the fifth best public university in the nation."

Kim's poise, generosity, scholarship, and overwhelming kindness have transformed every situation with which she comes in contact. At the conclusion of her lecture, she announced to the enrapt audience that she has elected to donate the entirety of her speaker's fees to the Torrance Center and to the work of her greatest mentor, Dr. Bonnie Cramond. Kim's personality, scholarship, sincere devotion to students, and furthering the knowledge of the field of creativity allows so many to consider her a modern day E. Paul Torrance, carrying the legacy of creativity research to the ends of the earth.