Dr. Martha J. Kanter, Under Secretary of Education spoke with School of Education students on November 4.  She was joined by Lane Community College President Dr. Mary Spilde. Dr. Kanter and Dr. Spilde were skyped into Dr. Pamela Eddy’s Educational Policy: Development and Analysis class.  Dr. Kanter previously served as chancellor and president of the Foothill-De Anza Community College District in California, one of the largest community college districts in the United States.

Dr. Kanter opened the presentation with remarks about President Obama’s new plans for higher education. Dr. Kanter noted that the current federal register is “incomprehensible,” and the Department of Education, with input from the various sectors of the higher education community, is working on a college rating system that would address rising college costs.  Dr. Kanter remarked that this is a big undertaking in view of the current situation where high school graduation rates are a disappointing 78%, and the college graduation rate for first-time full-time students stands at 58%.  President Obama and Secretary of Education Arne Duncan have called for a significant increase in undergraduate graduation rates.  President Obama has proposed using a college rating model starting in the fall of 2014.  The new rating system will take into account the value of college education, costs, and return on investment.   Dr. Kanter observed that the Higher Education Act for the country was last updated in 2008 and it is due for reauthorization. 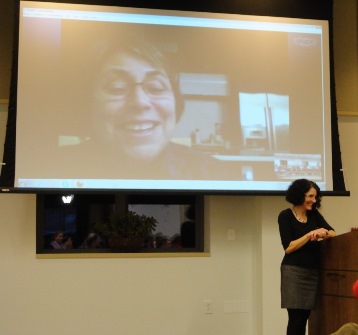 Dr. Kanter further addressed the subject of student loans by commenting that too many students are paying a high price for higher education and too many are defaulting on loans.  She observed that there is something wrong with a system where there is 10% chance of graduating from college A but a 40% chance of graduating from college B.  She added that the rating system will demonstrate good value to potential students.

Dr. Kanter remarked that President Obama talked about college access metrics and scorecards to demonstrate affordability, graduate earnings, and student debt refinancing.  “Access is an outcome,” Dr. Kanter commented, and colleges and universities need to attract a wide variety of students.  The rating system, Dr. Kanter explained, would be based on expertise from economics, statistics and different fields to yield several models of the rating system, and the community can also participate in commenting on the model. Dr. Kanter remarked that $150 million of taxpayer money will be channeled into the rating system, therefore “having a national conversation about value is critical.”

Professor Eddy asked Dr. Kanter about the idea of the links with K-12 education, common core, college going behavior, and how much is accounted for with k-12 links.  Dr. Kanter responded with the observation that 43% of the college freshmen are not prepared for college and this must be accounted for in the access metric.

Responding to a question by higher education doctoral student Rachel McDonald on how ratings and benchmarks would address issues of resource inequity, Dr. Kanter responded that we can save a lot of money if we shorten the time needed for a high school degree by putting students in summer bridge programs. In response to a question regarding Hispanic Serving Institutions (HSIs) by Higher Education doctoral student Diana Hernandez, Dr. Kanter remarked that we are becoming a minority majority country and we can see that already in California.  It will, therefore, be important to factor in issues like poverty in rating systems. For minority serving institutions (MSIs) it is important to look at the population because one size does not fit all.  In response to a question by Gifted Education doctoral student Reginald Johns about taking into account completion rates for minorities in the rating system, Dr. Kanter maintained that the proposed ranking system will have metrics to disaggregate the data.  She emphasized that the rating system is not a ranking system and suggested that doctoral students and higher education specialists can help answer questions about how to disaggregate data to account for types of students, institution size, rural or urban location, predominantly White institutions (PWIs), or MSIs.  Students choose colleges for a number of different reasons like geographical location, where their friends are going etc. She reiterated that we need to think of how to go about disaggregating data to make sure that the system is not so complicated that it will not be used.

Dr. Kanter further explained that we need 8 million more college graduates than we did in 2009, and we want all students to complete at least one year of college. “We need to grow capacity,” she remarked, because when we lose students, we lose money.  Dr. Spilde added that most community colleges are the reflection of their communities and a lot depends on what programs need to be developed and the funds available from states.  Dr. Spilde noted that we are preparing students for jobs that don’t exist; therefore, we need to develop their critical thinking skills so they can face unscripted problems.

When asked by Mitch Vander Vorst as to  how liberal arts degrees would factor in salary criteria in the rating system, Dr. Kanter responded that these are the kind of questions we need to ask about the rating system-whether salaries should be included in the metric or not could be an important issue for liberal arts programs.

Dr. Kanter concluded the session with the recommendation that students should try to get involved in designing the rating system.  Student can sign up for the next ratings hearing scheduled at George Mason University. They can study documents and factsheets to educate themselves and argue about what should be and should not be included in the system. University professors can be part of the technical review of the proposed system as well.  Students and professors can also help educate the public about the rating system.