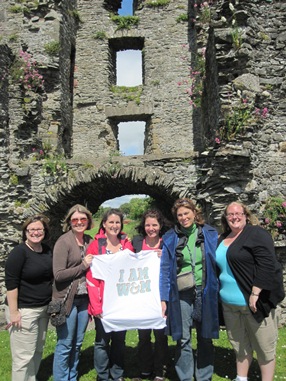 In June, five William and Mary graduate students joined with 13 graduate students from Central Michigan University for a Global Studies class in Ireland.  Pamela Eddy was the faculty leader from William and Mary.  The groups' itinerary included a visit with policy makers at the Higher Education Authority of Ireland and sessions at colleges and universities and schools throughout the Republic and Northern Ireland.  Students had an opportunity to observe first-hand programs of reconciliation in Northern Ireland and discuss with educational leaders the role of the Irish language in education and the influence of language on the culture.

The students' journey began in Dublin, Ireland where they toured Trinity College and participated in workshops at Dublin City University (DCU).  Colm O'Reilly, a faculty member from DCU and collaborator with the Gifted Center at W & M, hosted the group. Professor Eddy, along with Leslie Bohon and Kim Brush, presented a research paper at Dublin Institute of Technology titled Internationalizing a Campus:  A Case Study of the College of William and Mary.  Next, the group traveled to Galway and was hosted by the National University of Ireland—Galway for a series of meetings focused on the role of faculty research.  While on the west coast of Ireland, the group toured the Cliffs of Mohr and Kylemore Abbey.  The class then headed to Donegal where the group met with Liam O'Cuinneagain, Director of Oideas Gael, the adult Irish language school located in Glencolmcille, County Donegal.

The final leg of the trip involved a visit to Northern Ireland.  The students did a walking tour of the wall that encompasses the city of Derry and learned how recent reconciliation events have resulted in the repainting of some of the murals surrounding the city.  The group met with faculty at the University of Ulster and heard how the Peace curriculum is integrated into the public school curriculum.  A highlight of the trip was time spent in Belfast.  The group was in the city the day Queen Elizabeth met with former IRA chief Martin McGuinness. The historic significance of this visit was noted during the mural tour of Belfast and interactions with residents of the city.  The group had a lecture by Seamus Kelters, author of Lost Lives, a book that chronicles all the lives lost during the Troubles.  Mr. Kelters is a BBC correspondent and came to the session on the heels of reporting all day on the Queen's visit.  Finally, the students visited an Irish language school in Belfast, Mean Scoil Feirste, and the Corrymeela Peace and Reconciliation Center.  These visits highlighted the connections between school, community, and the reconciliation process.

The networking between the students at the two universities resulted in ongoing collaborations among students and faculty members.  William and Mary students presented information from their Global Studies class at the Higher Education Program Reunion on September 15th. 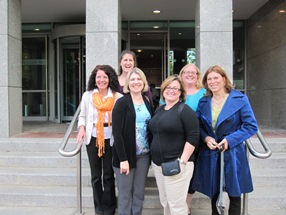 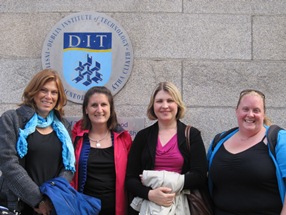 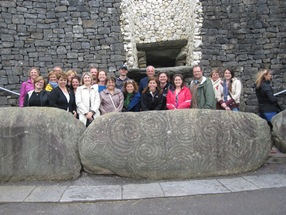