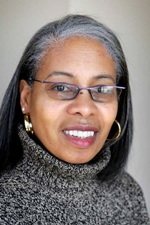 You are invited to the 2011 Hornsby Distinguished Lecture Series Thursday, November 10 at 7pm in the Matoaka Woods Room at the School of Education.

This event is free and open to the public. Please contact the SOE Dean's Office at 221-2315 with questions. Download and print parking pass and directions.

Gloria Ladson-Billings will be speaking on "Blues & Abstract Truth: Why We Need Diversity". She currently holds the Kellner Family Endowed Professorship in Urban Education and is Faculty Affiliate in the Departments of Educational Policy Studies, Afro American Studies and African Studies at the University of Wisconsin-Madison.

Gloria Ladson-Billings (PhD Stanford '84) is a faculty member in the Department of Curriculum & Instruction where she holds the Kellner Family Endowed Professorship in Urban Education and is Faculty Affiliate in the Departments of Educational Policy Studies, Afro American Studies and African Studies at the University of Wisconsin-Madison. She was the 2008-2011 chair of the Department of Curriculum & Instruction and the 2005--2006 president of the American Educational Research Association. Ladson-Billings' research examines the pedagogical practices of teachers who are successful with African American students. She also investigates Critical Race Theory applications to education.

Ladson-Billings is the author of the critically acclaimed books, The Dreamkeepers: Successful Teachers of African American Children, Crossing over to Canaan: The Journey of New Teachers in Diverse Classrooms, and Beyond the Big House: African American Educators on Teacher Education. She is editor of five other books and author of more than 50 journal articles and book chapters. She is the former editor of the American Educational Research Journal and a member of several editorial boards. Her work has won numerous scholarly awards, including the H. I. Romnes Faculty Fellowship, Spencer Post-doctoral Fellowship, and the Palmer O. Johnson outstanding research award. In spring 2005 she was elected to the National Academy of Education and the National Society for the Study of Education. In 2007 she was awarded the Hilldale Award, the highest faculty honor given to a professor at the University of Wisconsin for outstanding research, teaching, and service. She is the recipient of the 2008 Distinguished Service Award from Teachers College, Columbia University. Ladson-Billings holds honorary degrees from Umeå University, Umeå Sweden and the University of Massachusetts-Lowell. She will receive a third honorary degree in January 2012 from the University of Alicante, Alicante, Spain.

The Hornsby Distinguished Lecture Series was established in 1989 by the late Robert Hornsby '41, JD '49 and Lois Hornsby during the Campaign for Fourth Century.

Following is the vision as outlined by Mr. and Mrs. Hornsby: "The lecture series will provide an opportunity to reflect on the broad perspectives and themes that unify the history of the future for both education and educators in the increasingly global society.  Through the lecture series, the School of Education and the College of William and Mary are committed to enlivening the sense of unity that binds the efforts of all who engage in the wonders of teaching and learning."

Mr. Hornsby served on the Alumni Association Board of Directors and on the Board of Visitors.  Mrs. Hornsby is an emeritus member of the College's Foundation Board.