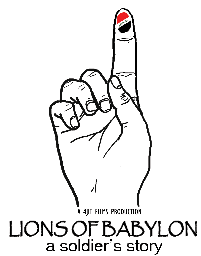 Lions of Babylon:  A Soldier's Story

As he trains the next group of American soldiers deploying to Iraq, Captain Dan Digati, U.S. Army,  is reminded of his tour of duty in the winter of 2009 and the residents of Saab al Bor, Iraq on the eve of historic provincial elections.

In 2007, the town was an open air morgue, with few remaining residents.  By winter 2009, children attended renovated schools, markets bustled with commerce, roads were paved, clean water and electricity flowed.  Despite this relative peace, public officials, security forces and residents must confront the challenges of sectarian violence, reconstruction and profound political change.

Tickets:  Adults $7.50, Seniors/Students $6.50, FREE admission to all military personnel in uniform.  Reservations are recommended by purchasing tickets in advance by calling 1-800-HISTORY.

A portion of the proceeds will benefit the College of William and Mary's School of Education.