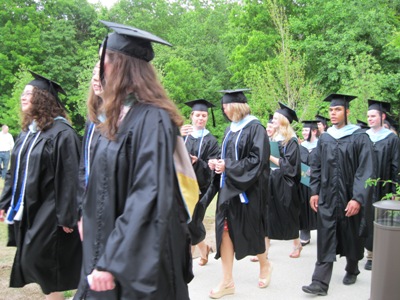 The first commencement in the new School of Education meant new traditions.  Diplomas were conferred to over 200 graduates in the courtyard defying the prediction of rain.  Students, faculty, friends and families processed to a stirring march led by members of the Fifes and Drum Corp along the new path connecting William and Mary Hall and the new building.  Dean Virginia McLaughlin said in her remarks at the post-commencement ceremony, "I'm reminded of a line from the William & Mary vision statement: 'celebrating tradition and forging change.'  It is one of the many ways that William & Mary balances seemingly conflicting 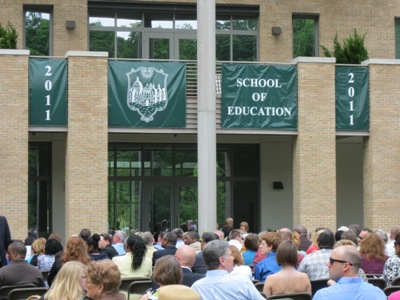 William and Mary regalia unveiled in 1993 for the Tercentenary was designed in the European tradition without hoods. This year, the School of Education faculty created a new tradition of "cording" rather than "hooding" recipients of Ph.D. and Ed.D. degrees.  The dissertation advisor placed a green and gold cord around the collar of each doctoral graduate.

Since 2000 the Margaret, The Lady Thatcher Medallion is presented at Commencement.  This award was established in honor of Margaret, The Lady Thatcher, who served as the 21st Chancellor of the College of William and Mary from 1993-2000 with a deep and abiding commitment to the College's students, faculty, staff and alumni. The Margaret, The Lady Thatcher, Award for Scholarship, Character and Service, for the School of Education, College of William and Mary, was established by Margaret Frances Harmon and Margaret C. and Larry A. Hauben of the School of Education Development Board to be awarded annually to a member of the W&M community who embodies the traits of Scholarship, Character and Service within the School of Education and the College Community.  This year's recipient was Jodi Fisler. 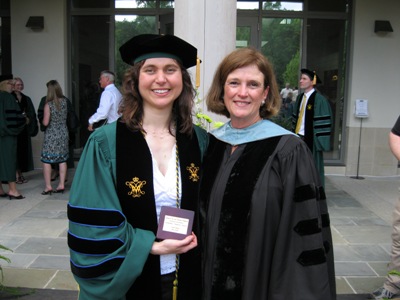 Jodi has completed her PhD in EPPL with a concentration in higher education. She also earned her M.Ed. in 2005.  In the words of one of the faculty who nominated her, "Jodi's energy and commitment to learning and to the very highest quality of work are remarkable, as are the discipline of her thought and the rigor of her academic work."  She has already published four articles in prestigious higher education journals and her research has been nominated for "dissertation of the year" honors in two national organizations.  Jodi has been a leader on and off campus as well. She currently serves as Assistant to the Vice President for Student Affairs, a member of the Student Affairs Task Force on Diversity, and the SACS Accreditation Committee.

The Dean said, "We had several very strong nominees for this award this year and it was a particularly difficult decision, but I am delighted to award Jodi Fisler the 2011 Thatcher Medallion."

Professor Pamela Eddy, who serves on the EPPL faculty was recognized as a 2011 recipient of the prestigious Plumeri Research Fellowships. 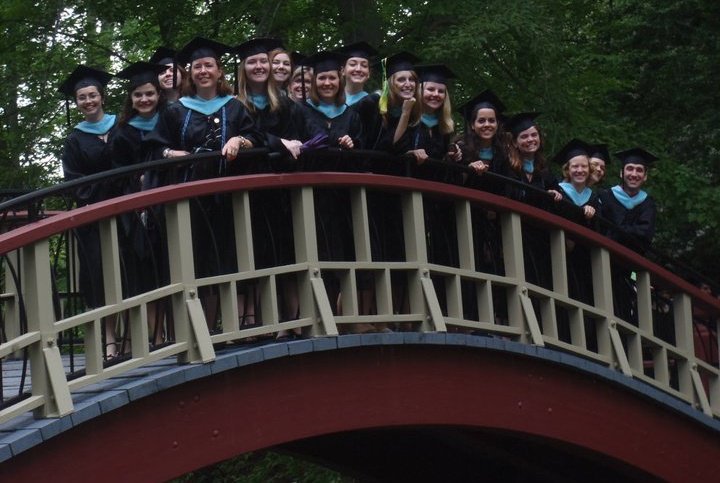