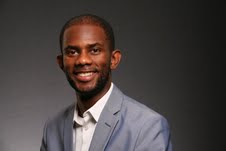 After garnering valuable administrative and research skills at Indiana University, Dr. Eddie Cole has come to the School of Education as the newest addition to the EPPL Program.  He is currently teaching graduate courses on Special Mission Colleges and Universities and The History of Higher Education. Dr. Cole received a B.S. in Speech Communication with an emphasis in Journalism from Tennessee State University. He then went on to attain a Master of Science degree in Student Affairs Administration and a PhD in Higher Education with a minor in Race and Rhetoric from Indiana University.

Originally from the small town of Boligee, Alabama, Cole first became interested in Student Affairs while studying print journalism at Tennessee State University in Nashville. He worked as the Editor and Chief for his campus newspaper.  Realizing he gained more satisfaction from mentoring freshmen and sophomore journalism students than he did editing newspaper articles, he decided to turn the direction of his career towards Higher Education. While attending Indiana University, he had the opportunity to serve as the Resident Program Graduate Advisor.  He also taught undergraduate and graduate courses on campus culture, special mission colleges and universities, and assessment in higher education. One of the most valuable aspects of his graduate education experience was having the unique opportunity to work as a research project associate on the large Faculty Survey of Student Engagement (FSSE) project at Indiana University Center for Postsecondary Research.

Dr. Cole has published and presented on a wide array of topics including faculty teaching practices, historically black colleges and universities (HBCUs), and the historical implications of college presidential speeches. He won the Joseph P. Cangemi Dissertation Award in 2013 for his dissertation entitled “Speaking of Race: College Presidents’ Speeches and Student Unrest in North Carolina, 1960-1964.”

Dr. Cole has received several additional awards for his accomplishments in leadership and research including the 2012-2013 Graduate Fellow of the Randall L. Tobias Center for Leadership Excellence, and the 2011 Robert J. Menges Award for Outstanding Research in Educational Developments.  He was also recognized for his part in a research team that studied patterns in faculty teaching practices on HBCUs and predominately white institutions which was featured by multiple media sources including the Journal of Blacks in Higher Education.

Dr. Cole was drawn to William and Mary’s historic campus because of his interest in higher education history and his desire to move back to the South. After researching college presidential speeches during periods of unrest in North Carolina, he is eager to conduct similar research projects at Virginia colleges. In his spare time Dr. Cole enjoys watching college football. He also loves playing basketball and is always on the lookout for a pickup game!