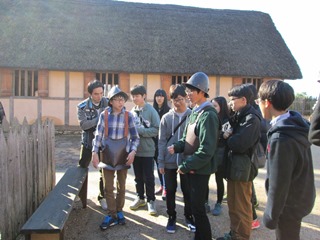 The Center for Gifted Education has hosted another program for middle-school-aged children, but this time, it was on an international level. From January 6–12, Dr. Mihyeon Kim held a Winter Enrichment Program, hosting 28 middle school students from South Korea as well as five chaperones comprised of teachers and school administrators. Each of the South Korean students had to compete for enrollment into this program.

As part of this enrichment program, half of the students took a statistics class taught by Mr. Daniel Showalter and the other half took a marine science class taught by Mr. Kevin Goff. Both classes provided labs and other unique hands-on experiences for the students. Classes began after an opening ceremony on January 6, during which both Dean Spencer Niles and Dr. Tracy L. Cross welcomed the students and chaperones.

Not only did the students have exciting experiences in the classrooms, they also experienced many adventures outside of the classrooms as well. The students participated in two tours, including a tour of the William and Mary campus and a tour of Merchant Square. They also participated in two field trips, one to the Virginia Aquarium & Marine Science Center and another to the Jamestown Settlement. On January 9, the students were treated to special presentations given by employees of the NASA center. A closing ceremony was held on January 11 where the students gave presentations on the projects that they conducted during the week.  Students were asked for reaction to the program in a questionnaire. In response to "What are the advantages of taking a course in the United States?", one student replied, “Very unique and creative”, while another added, “There's more activities and thinking.” 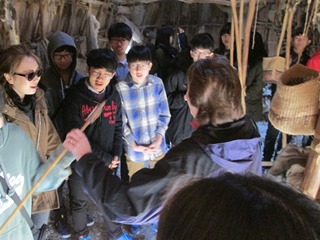 Dr. Christopher Gareis and Dr. Cross closed the ceremony. On January 12, after a tour of the Jamestown Settlement, everyone gave their final farewell as the students and chaperones departed from Williamsburg.

Special thanks to two William and Mary students, Hee Young Lee and Ella Park, who served as translators during this weeklong experience. Special thanks also to the William and Mary Chemistry Department, Oleta Coach Lines, the School of Education faculty and staff, and all others who worked to make this program possible.