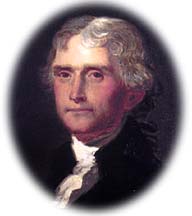 Thomas Jefferson. His first school master, James Maury, was a William & Mary alumnus; later, as an undergraduate at the university, Jefferson worked closely with Mathematics Professor William Small, of whose teaching he fondly recalled, "It was my great good fortune and what probably fixed the destinies of my life." Finally, Jefferson's memoirs attest to the inspired, influential teaching of Professor George Wythe, with whom he read law.

Excellent teaching is at the historic heart of William & Mary. The original charter of 1693 called for the creation of a "certain place of study" for the youth of Virginia to be "educated in good letters and manners." To fulfill this mission in the colonial era, William & Mary provided a flourishing Grammar School along with its undergraduate and advanced courses of study. Teaching and learning at all levels were interdependent, as the first Master of the Grammar School also served as Professor of Humanities. Similarly, Hugh Jones, legendary Professor of Mathematics and Philosophy gained fame for pioneering instructional methods for teaching English grammar. And, in the 1690s the university rolls included a teacher from Maryland who sought assistance to improve his professional skills the first example of "student teaching" in America!

William & Mary enhanced its formal role in the preparation of future educators, starting in 1888 when the Virginia General Assembly appropriated substantial annual grants for the express purpose of funding the university to combine liberal education with certification of teachers for the Commonwealth's emerging public school system. This was reaffirmed in 1906 when the Commonwealth stated that one of its primary objectives in assuming responsibility for the university as a state institution was to ensure a source of well-educated and trained public school teachers throughout Virginia. In subsequent decades, the university's claim to excellence in professional education escalated due to innovations in two areas: its programs for educating school principals and superintendents; and the founding of the Matthew Whaley School, one of the most influential laboratory schools in the nation.

The School of Education was created as a distinct entity within the academic structure in 1961. During ensuing years, the traditional commitment to undergraduate education for teachers has been supplemented by a wide range of graduate degree programs, including conferral of the first doctoral degree in education in 1972. In the past decades, the School of Education has become an institutional leader in advanced studies, as it has accounted for nearly a third of the master's degrees and nearly half of the research doctoral degrees awarded at William & Mary each year. Today, the School of Education continues to take pride in its fusion of liberal arts education and professional studies at both the undergraduate and graduate levels.